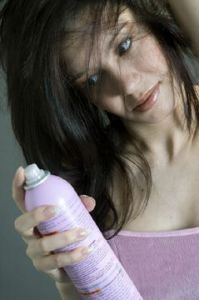 
What is solvent abuse?

Solvent abuse occurs when someone deliberately breathes in the gas or vapours of a substance with the purpose of reaching a "high". Most inhalants are legal, everyday products that have a useful purpose, but can be misused (predominantly by teenagers) because they are inexpensive and easy to obtain.

Solvent abuse is often referred to as bagging, huffing or sniffing depending on the method used to obtain a "high".

What products are used?

The most common age group to abuse solvents is thought to be 13 to 15 year olds, with the frequency of use declining by 17 to 19 years. However, children as young as 6 to 8 years have been treated following experimentation with solvents. Most solvent abusers outgrow the habit before adulthood, but there are reports of chronic users who develop an emotional dependency and continue the practice into adulthood.

Why are solvents abused?

What symptoms can I look for in my child?

Signs of solvent abuse may be difficult to distinguish from "normal" adolescent behaviour. The following may be indicators that a child is abusing solvents:

What dangers are associated with solvent abuse?

Solvents can kill instantly at anytime! Many people who die from "sniffing" do so on their first or second experiment; there is no evidence they have "sniffed" before.

Reasons for death include:

Nearly all abused products produce effects similar to anaesthetics, which slow down the body's function. Depending on the amount inhaled, the user can experience slight stimulation, feelings of inhibition or loss of consciousness.

Other effects from long term use include damage to the:

Solvent abuse is both physically and psychologically addictive and users can suffer withdrawal symptoms.

What can you do if you suspect your teenager is abusing solvents?

What should you do if you catch someone abusing solvents?

Once the person has recovered: